10 of the best boutique hotels in Edinburgh 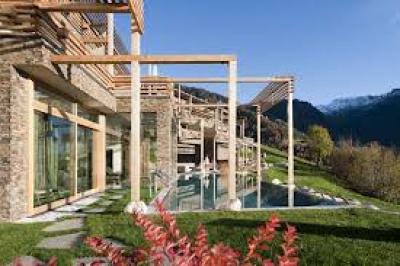 James Thomson is Scottish restaurateur-hotelier royalty. Back in 1979 he opened The Witchery by the Castle in a rundown, 16th-century building on the Royal Mile. One of the first restaurants with rooms, its overblown extravagance set the benchmark for hedonistic style в and today is an antidote to the bland, beige boredom of so many boutique hotels. Tucked away inside a straggle of buildings, the sumptuous suites are darkly theatrical: the Armoury, Library, Inner Sanctum, Old Rectory, Sempill, Vestry в and the latest, Heriot.

Think baroque splendour, reams of heavy brocade, antique four posters, roll-top baths, wood panelling and lavish drapes. It's the ultimate romantic bolthole. Castlehill, The Royal Mile, 0131-225 5613, thewitchery. com, doubles from 325 including breakfast hamper and a bottle of champagne on check in When it opened in May 2009, 21212 injected a shot of adrenaline into Edinburgh's dining and, by default, hotel scene.

Michelin-starred Paul Kitching and his partner Katie O'Brien enlisted Glasgow-based Burns Design to convert the listed four-storey Georgian townhouse into a restaurant with four luxurious rooms в plus private dining spaces. The Pod has a cool cream leather circular banquette and kitsch cherubs on the wall. The restaurant is the main draw, of course в the five-course menu (67) a theatrical gourmet extravaganza (there's the obligatory window on to the kitchen's drama). But the fact that you can simply stumble up the sweeping staircase в carpeted with a striking black and white Timorous Beasties giant moth design в to bed is an added attraction.

3 Royal Terrace, 0131-523 1030, 21212restaurant. co. uk, doubles from 175 BB More design hotel than boutique (there are 136 rooms), the Missoni is, without doubt, the most glamorous place to bed down in Edinburgh в and that's without taking into account its location just off the Royal Mile. That an Italian fashion label chose this low-key capital to launch its first hotel in 2009 is still a pinch-yourself-in-pleasant-surprise moment.

From the doormen in Missoni kilts to the beautiful bar staff and bible-like cocktail list its style credentials are unquestionable. Creative director Rosita Missoni incorporated the trademark zigzags, geometric patterns and vibrant colours into the hotel design creating dazzling interiors, while Giorgio Locatelli collaborated on the restaurant, Cucina. And then there's the spa в 1 George IV Bridge, 0131-220 6666, hotelmissoni. com, doubles from 180 room only Another notch on James Thomson's belt is the most opulent boutique hotel in the capital, Prestonfield.

This glamorous hideaway was once home to the Lord Provosts of Edinburgh and has stellar historic credentials alongside a quirky claim to fame: Alexander Dick introduced rhubarb to Scotland (hence the name of the hotel's restaurant and its prominence on the menu). Thomson took over what had become a faded hotel in 2003 and restored it with his signature flamboyance. The 18 rooms and five suites now ooze sensuality and indulgence. With views over parkland to Arthur's Seat it has the feel of a country estate while being just a five-minute hop by taxi from the city centre.

Prestonfield House, Priestfield Road, 0131-225 7800, prestonfield. com, doubles from 195 BB This boutique BB on one of the city's most elegant Georgian crescents feels like a rather grand home from home. The library is dominated by a giant blue pool table while the drawing room on the first floor has parquet floors, floor-to-ceiling sash windows, a baby grand piano, a roaring fire, giant gilt mirrors, 19th-century painted ceilings and retro bar. The five contemporary rooms are scattered from the second floor with its views over Royal Circus Gardens to the basement в which is also where you'll find the mini-gym.

There's everything you need from a boutique hotel в apart from a restaurant but then there are plenty on your doorstep в free Wi-Fi, flat-screen TVs, super-king beds Frette bed linen, L'Occitane toiletries, Philippe Starck bathrooms, plus a sense of freedom from having this glamorous pad virtually to yourself в the owners live round the corner. One Royal Circus, 0131-625 6669, oneroyalcircus. com, doubles from 178 BB Behind the graceful facade of yet another Grade A-listed Georgian building, within teetering distance of the city centre's boutiques and bars, is one of the grooviest hotels in the capital. Tigerlily has a tangible sense of fun and bags of bling в a mirrored mosaic wall in the bar, shocking pink bar stools, a giant cloud light plus rotating disco balls.

The 33 individually designed rooms are luxuriously decked out with vivid Designers Guild fabrics, bespoke four-posters, mirrored console tables and Perspex chairs. To get the party started there are pre-loaded iPods and straightening irons as well as a hairdryer в you've got to love that, and in the basement, Lulu's nightclub. 125 George Street, 0131-225 5005, tigerlilyedinburgh. co.

uk, doubles from 225 BB George Street is high-street chic by day, and high-heeled hectic hedonism by night. At the other end of the street from Tigerlily is Le Monde. The 18 rooms and suites are named after cities and styled accordingly. Paris is all fancy swirls and ornate gilt and burgundy flourishes, New York is a classic Manhattan loft apartment with exposed brickwork and parquet flooring while Los Angeles has white leather sofas and framed photos of Hollywood stars.

The nightclub in the basement is called Shanghai в you get the drift. The theme might be a little overdone but it works. 16 George Street, 0131-270 3900, lemondehotel. co.

uk, doubles from 175 BB The Town House Company once owned a clutch of hotels in Scotland's capital: alongside The Bonham, there was The Howard, Channings and the Edinburgh Residence. However, after catapulting glitzy Blythswood Square in Glasgow on to the hotel scene two years ago, the company sold its smaller properties to concentrate on the two boldest. The Bonham is an understated 19th-century Victorian townhouse в housing a psychedelic sea of colour. You'll need your sunglasses in the foyer: think warm wood-panelling, purple and grey checked carpet, a vivid crimson spiral sofa and modern artworks.

There are 48 rooms to choose from в but only one has a decadent freestanding Edwardian copper bathtub. 35 Drumsheugh Gardens, 0131-274 7400, townhousecompany. com/thebonham, doubles from 123. 50 BB Behind a 150-year-old church facade at the top of Leith Walk is one of Edinburgh's more unusual boutique hotels: The Glasshouse has a dining room (where breakfast is served) but no restaurant or bar, although you can order 24-hour room service.

Not that the lack of restaurant is a hardship with so many gourmet options nearby в just a slight quirk. Apart from that the 66 rooms and suites are slick and sleek with the usual high thread counts and downy duvets as well as floor to ceiling windows looking out over the city or on to the two-acre lavender-swathed roof garden. The suites also come with a complimentary decanter of whisky in case you fancy a nightcap. 2 Greenside Place, 0131-525 8200, theetoncollection.

co. uk, doubles from 144 room only Number Ten is, unsurprisingly, at number 10 on Gloucester Place. It's an unobtrusive, genteel address: a Grade A-listed building on a gracious, cobbled New Town street on the edge of the leafy, village-chic of Stockbridge with its boutiques, delis and cafes. The interiors, however, are in sharp contrast to the historic facade.

Black is the predominant colour. The carpet is black and white striped, the original shutters are painted black, chairs in the restaurant and bar are black velvet. There are 28 rooms and suites with Philippe Starck bathrooms and decorated out with imported antique Chinese furniture в in black. Yet although the design is quite masculine, the tranquil location and historic house ambience soften the overall effect. 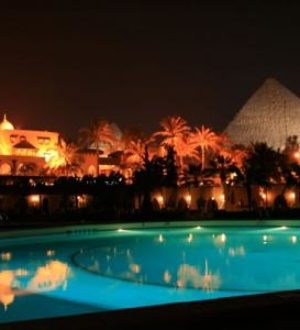 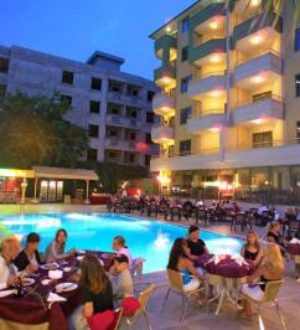 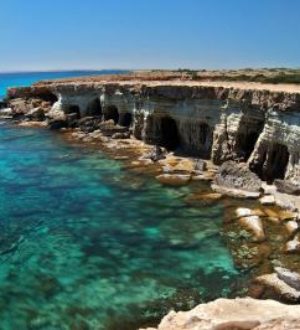 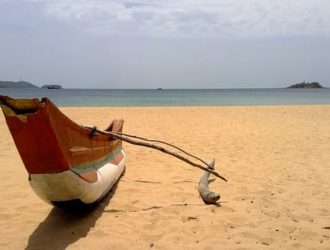 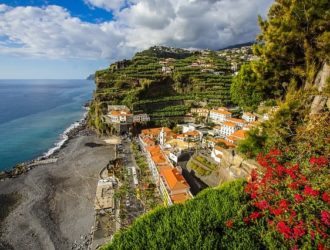 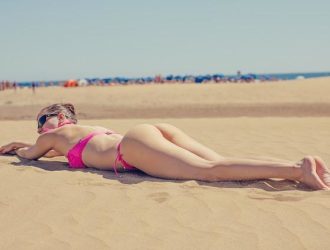